The Launch of the Cybertruck startled many people. Most of that surprise came from the avantgarde appearance.

The specification though, was very impressive. From the corrosion resistant stainless steel bodywork, high-strength windows (despite the unexpected failure when designer Franz von Holzhausen threw the ball at the side windows), and air suspensions which could raise and lower the truck.

Tesla's raison d'être though, is vehicle electrification. Here Musk's vision of an emissions-free world including light-duty trucks led to the creation of the Cybertruck.

To this end, the Cybertruck includes a large battery, providing a vehicle range between 250 miles and 500 miles, depending on the specification. One clear transformation in electric vehicles is startling performance, and the Cybertruck impresses with a 0-60 mph time of 2.9 sec in the highest spec tri-motor model. Even base model performance equals the quickest internal combustion pickup models from competitors.

And perhaps this was the point. The Cybertruck is a compelling vision of what a pickup from the future could be. That future is coming sooner than many would believe, thanks to Tesla and the many projects the company has worked on to deliver in the past decade or so.

This Lego Cybertruck model is a refined version of the one that I showed a day after the real Cybertruck launch (featured heavily in social media over that following week).
The model as you see it here is now constructed as a monocoque body (unibody) and features independently height adjustable suspension, front and rear, via Lego Technic screw and gear systems.
The body includes the frunk (front luggage area), concealed storage in the load tub floor, four opening doors, load tub cover and optional ramp.
The interior features the white marble(!) dashboad, adjustable seats (folding flat in the middle seat in each of the front and rear rows.
Technically, as well as the suspension adjusting system, each wheel also features sprung suspension.

I have only recently started to host design plans here on Rebrickable, but have an extensive back catalog of over one thousand cars created at this 1:21 Miniland-scale (the same scale as used in the Legoland theme parks in the miniland dioramas).
I am known by my online avatar 'lego911' on various platforms, and my work can be found on instagram under 'lego__911' (there are two underscores, just to be confusing).

Professionally, I am an engineer designing real vehicles within the Advanced Vehicle  Architecture team for the Ford Motor Company in Australia.
A guide to the parts list, and buying parts through bricklink is also included.
The Cyberquad, featured at the launch event, is available as a separate model, as is a figurine of Elon Musk.

Want to buy this MOC to build? You'll need to buy the parts and the building instructions using the tabs below.
Login to hide ads!

Sorry, but you need to be logged in to buy these instructions so that you can download them again at any time. Login or quickly signup using the form below.
Help Guide - BI File Types
Login to hide ads! 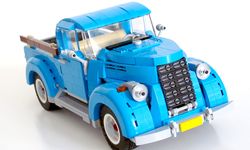 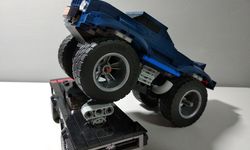 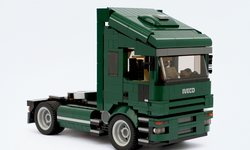 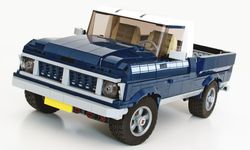 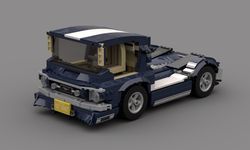 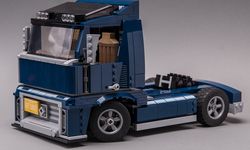 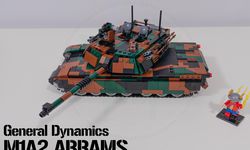 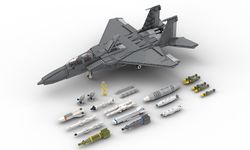 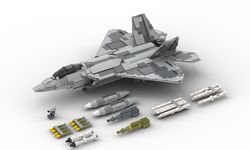 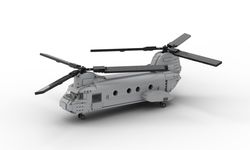