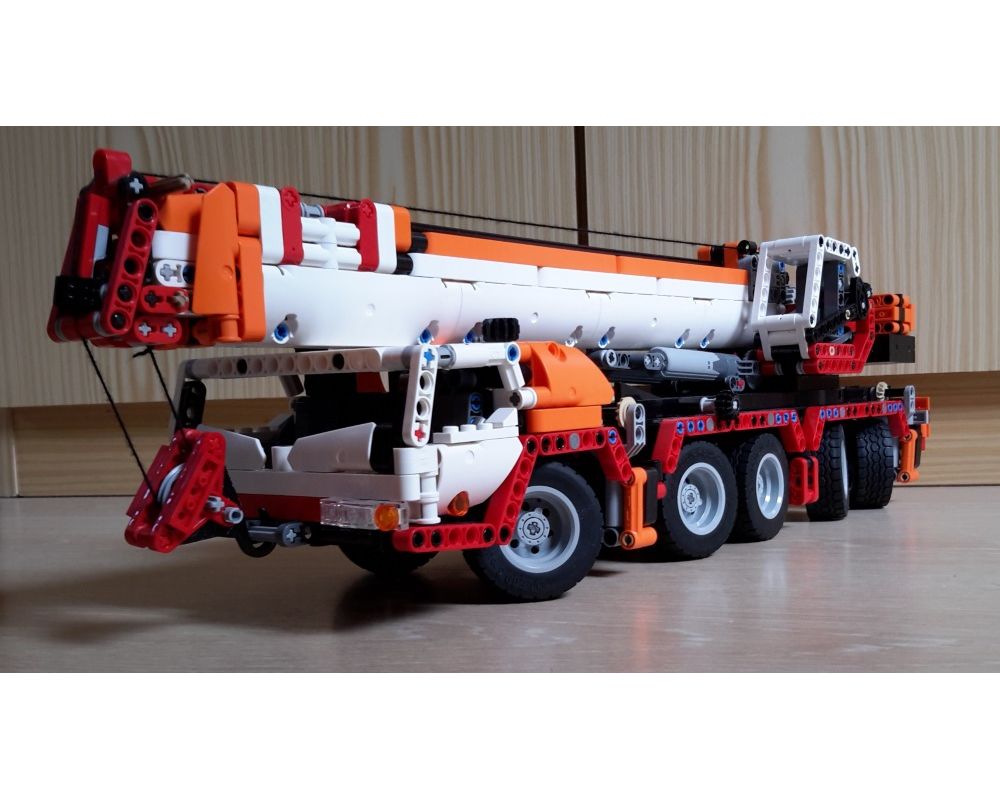 This is a five-axle crane in a smaller scale than 42009, without PF. It has most functions of 42009, except the V6 engine and the third boom stage. It has a separate jib instead, and a separate counterweight. And, it does have another really nice feature that is not in 42009! Can you guess?
The four outriggers move simultaniously horizontally, then vertically. Same as in 42009.
The crane can rotate 360 degrees, but this is not driven.
The LAs raise the main boom.
The boom has one extending inner section.
There is also a jib that can be mounted manually using 5L axles with stop. The red boom head can be separated, and then mounted on the end of the jib using the same axles.
The counterweight can be put on the carrier, behind the cabin, but can also be mounted at the back of the superstructure; using the knob at the back of the superstructure as a holder.
The main cabin has doors that can open
The ground clearance of the crane is a bit more than that of other sets.
See more on my site: Orange crane on erikleppen.nl (in Dutch).
Login to hide ads! 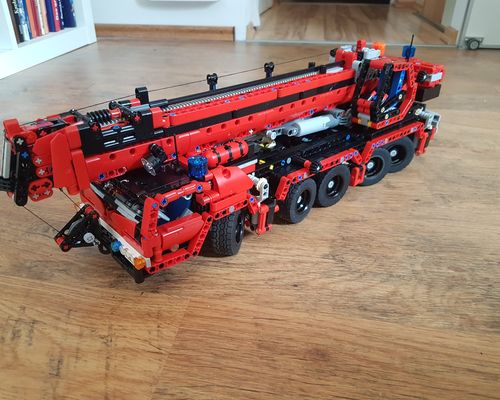 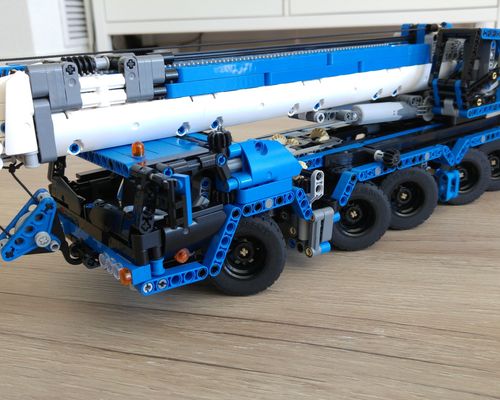 by Ivan_M
Login to hide ads! 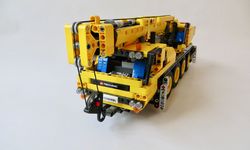 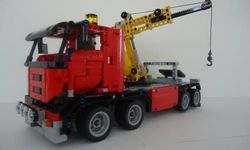 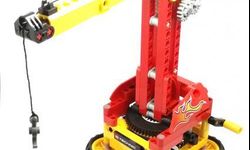 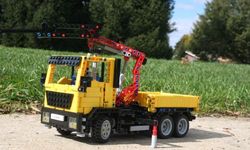 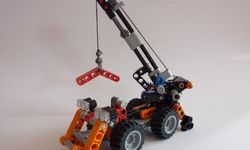 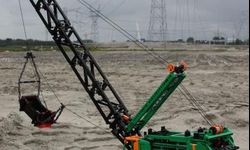 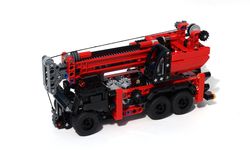 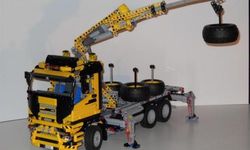 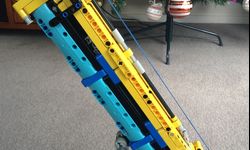